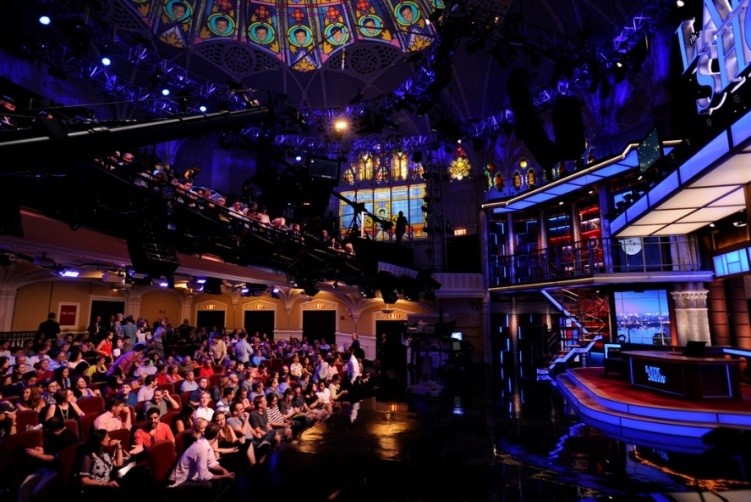 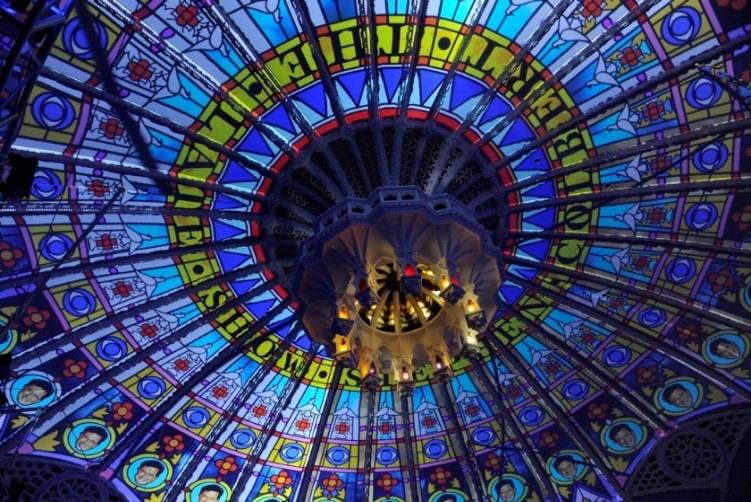 When he took over for David Letterman, Stephen Colbert imagined a restored Ed Sullivan Theater that featured its original domed ceiling and ornate plaster tracery. CBS bought and renovated the theater for Letterman in 1993, and Shen Milsom & Wilke provided acoustic consulting services for that project as well.

Letterman’s stage extension for his opening monologue sat below the dome, highlighting an acoustic focus, which created distinct and disturbing sound reflections and echoes. We recommended large acoustic sails and baffles that, when coupled with a legacy lighting grid and instruments, nearly covered the dome and rear walls. Colbert’s vision would remove the sails and baffles and use a modern lighting approach, which would cause the acoustic focusing to resurface.

SM&W worked closely with the design team to eliminate the focusing effect and maintain the original theater detailing. We recommended acoustic panels between the plaster ribs of the dome. We also suggested acoustically transparent upper rear walls that provide necessary low-frequency sound absorption.

The air-distribution system also presented a unique acoustical challenge: the existing plaster tracery would be used as air-delivery devices. We coordinated with the team engineers to configure and size the ductwork, creating acceptable background noise levels. 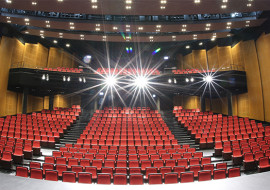 Is There an Industry Without Hardware?

Do We Really Need a ‘Winner’ in the Networked Audio Field?