Here are some products and systems Charlie noticed at the show, that give a good idea of where the industry is headed.

Video and Audio over IP

I believe we are seeing the downturn of HD BaseT, and it makes sense. The important issue with AV is latency and I believe that it has been overcome with 10G networks, and H.264/265 compression and transport methods. The other important aspect is the potential dynamics of a network based system.

SDVoE, Software Defined Video Over Ethernet, seems to have a very strong contingency of manufacturers involved. Although Sony is one of the founders, I still think it has potential.

The Basic Concept of the SDVoE Alliance

The SDVoE Alliance is a nonprofit consortium of technology providers collaborating to standardize the adoption of Ethernet to transport AV signals in professional AV environments, and to create an ecosystem around SDVoE technology allowing software to define AV applications.

Most of us already know about Crestron NVX and Mercury. Mercury will gradually incorporate many of the typical applications such as Skype, Zoom, etc. I look at NVX as another H.264 compression encoder/decoder with LOW latency. There was a lot of dancing around the NO latency, but it seems that what they really meant was “…no latency added…” to the existing compression.

Video and Audio over IP Products

• Harmon SVSI has some new models, and the SVSI N2300 series has wall plates, something that we’ve been waiting for.

• Atlona has OmniStream with all the 4K functionality, but more cost effective than many of the others. I will also let you know that Atlona was very supportive on a situation I had we them a little over a year ago. The latency is very low, and video quality is good. What I also found interesting at Atlona was there entry into the control system arena. They are using a centralized server type topology. It is worth looking into. A central $900 server sits in a server room and interfaces to all the AV rooms in a building providing control, as well as providing building control.

• Rane has entered the DSP arena with the same type of small devises they have always provided with a little twist. There HAL series of products provides DSP from 2 X 2 up to 512 X 512. They utilize Dante as well as their own transport.

• Biamp’s beamforming ceiling and table top mic is very well done, but in there infinite wisdom they made the interface proprietary. In fact, it is so proprietary that it does not even work with all their DSP products. The mic works very well, and they are using it to promote their Devio small room solution. One of the nice things about their Devio solution is that is has USB 3.0 that provides one cable connection to a laptop/desktop for all your connectivity. In addition Biamp is continuing to build on their AVB platform for video.

• ElectroVoice (EV) has some new speakers, and they are partnering with Dyancord. Dynacord has power amplifers they are bringing to the states. These are worth looking into, but there is no variety at this point. In addition, EV has a surface mount speaker mount that provides connectivity and can be installed before the speaker needs to come on site.

In general laser projectors are moving in and lamps are moving out. There is a wider variety of lasers now available, and some are very high Lumens, and for your very high end customers, they are 4K.

• ViewSonic has an 86” interactive 4K display that looks very good and has very smooth multi-point touch.

• Panasonic, Christie, all fit into the typical laser projector mold. They all look great.

• The most impressive was LG and Samsung. The LG OLED, and the Samsung QDOT are beautiful, and the color depth is impeccable. The flexibility and size of the OLED has great digital signage potential.

• Direct view LED will be taking over large displays in conference/board rooms in the near future. The pricing is coming down quickly, and the pixel size is getting smaller. The one company that stood out among the many was Vanguard. They had the same product as most of the made in China LED’s, but they were very reasonably priced.

Middle Atlantic has some interesting pull out panels for mounting equipment behind displays. 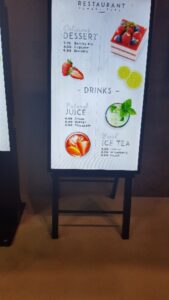 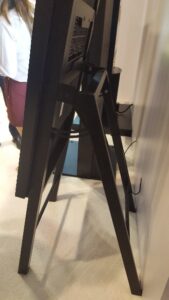 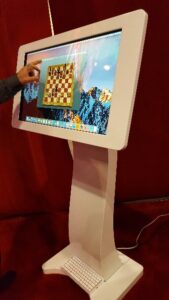 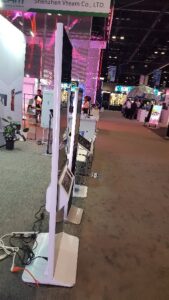 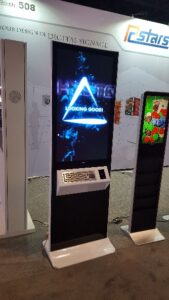 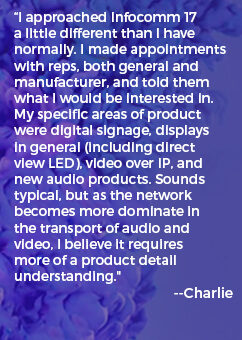