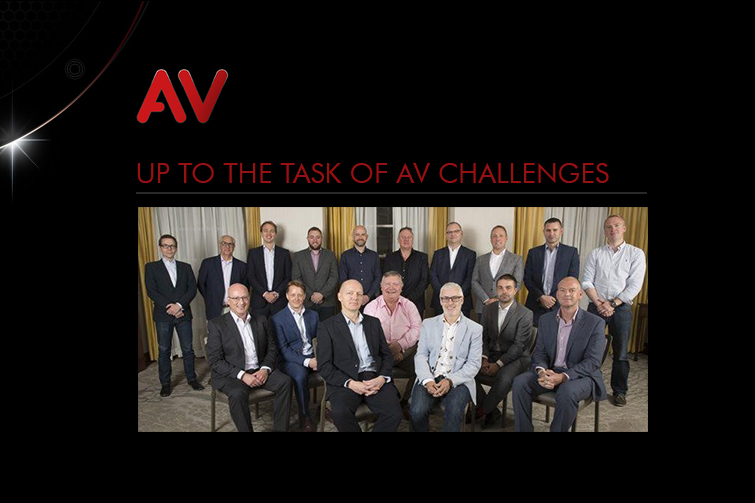 With such a broad range of AV consultants around one table, we were keen to find out more about the key challenges they faced and the constantly changing skillsets they need, George Cole reports.

Jerry Mason, AV consultant at Coleman Bennett International believes IT is a challenge and an opportunity: “The problem with IT is that it’s such a vast array of different specialities. When you talk to a person in one project, they might be knowledgeable about what to do. But in a different project; they might not have a clue – no IT person is the same. We have to learn the right language to talk to people to get the right results, and that’s been a challenge; to be taken seriously when you talk to people.” Mason also sees issues when working with some integrators. “Matching the complexity of the technical design with the skillset of the integrator is a big challenge. We are seeing people winning jobs because they are cheap, but do they have the skills?”

Christian Bozeat, consultant at ReEmergent says: “I think there’s an undervaluation of the AV consultancy and design piece from all sectors. You have IT guys telling people that a Cisco or Microsoft package can solve a problem, but it’s not one size fits all. The integrator’s main goal is to make sure we don’t exist. We are undervalued. But this may be because we don’t provide some of the services people actually want.”

Cordless Solutions’ managing director, Nigel Miller says: “The risk of being devalued is quite significant, and that’s a challenge for any consultant because you have to constantly re-invent. What was once AV isn’t AV anymore – it’s AV smart systems which is merging into intelligent BMS systems, and that’s a very wide skillset. It’s also a massive role interfacing with a whole range of systems, technologies, packages and people on a project. This is very challenging.”

Bozeat believes AV consultants differ from IT staff in a key respect: “IT people tend to know the functional but not the physical. They don’t talk to builders, whereas we have to talk to builders, construction and architects.” James Quinton, senior associate, director of London office, Shen Milsom & Wilke says: “A lot of IT departments within organisations have been handed the management and responsibility for AV and that’s a challenge for them. They probably want to be protective of it. We as an industry have to almost provide the systems integration side of things – it’s not just AV or IT anymore. The value that we can add is starting to provide that systems integration role.”

According to Mike Halliday, director, Wide Angle Consulting: “More challenging is getting organisations to understand once a project has been delivered they have to manage the different elements – the AV side; the BMS side. These are now integrated and people are used to managing silo bits. How does that operate? How will the management get the efficiency that this should be delivering?”

“It’s delivering that change process,” says Bozeat. “You’re then stepping away from your consultancy from just an IT and AV perspective and talking about people and process. And if you started your design consultancy from people and process, rather than from a technology point of view, then you can get to that, but half the people don’t want to change.” But Anders Hall, director and owner Nova-AV, thinks that: “These are not challenges – it’s an evolution and you just have to adapt. Our job is changing and we are lucky in that we understand the change. Our role is to be translators.”

When it comes to differentiating AV from IT, Mason says: “AV is about the user experience, but in the IT world, it’s only the software writers that are providing it.” Miller believes many elements of IT are about the user experience, but concedes “it’s shifting across to AV, whether it’s a camera that tells the concierge someone has arrived; IPTV piped around a building or digital signage. If that’s starting to integrate with building controls, the FM side and the IT, that’s a hell of a big role for the AV consultant. It’s a cataclysmic shift.”

Stas Lawicki, director Onyx Technologies, says clients value a consultant’s independence. “It’s our biggest selling point. What we’re finding now is that some contractors are contacting consultants and having hook-ups, where they do the actual design and that’s going out as an independent design.”

The relationship between AV consultants, contractors and project managers can sometimes be challenging, notes Mason: “There are some jobs where AV is seen as just another trade. Some contractors see AV as just screens on walls and nothing special.”

“The project manager is never interested in changing the brief,” says Hewshott International’s managing director, Daniel Lee. “If they go back to the client with our recommendation, the brief’s going to change. If it’s a client-directed appointment, it’s always better in terms of the types of technology we deploy; the way we deploy them, how we get to test them and what they do with them afterwards. The structure of the project makes all the difference.”

Reeves notes how AV consultants can get caught in the middle. “It’s difficult when you have a client-directed appointment, where you have to work under a main contractor or sub-contractor and you have this eternal triangle, and you have to do it through them and they haven’t allocated time for it.”

Mason thinks the AV world could take a leaf out of IT’s book: “IT very rarely comes under the main contractor, apart from the data cabling and network side of things,” he notes. “They have found a methodology to deliver their IT spaces early, and so it’s sectioned off from the rest of building work in that area. I think we can learn some lessons from that. Part of the problem is that by definition AV requires it to be in the rooms. The more that we centralise AV equipment, the more we can try and plan-in the way IT does, delivering, testing all the infrastructure earlier.”

“We talk about education – but are we educating the right people,” asks Bozeat. “Who tries to educate the client.” Understanding the role of the cost consultant is also key. “They have told the client they have got to get into that building by a certain date, otherwise they’re paying charges on an incomplete building which could cost them millions of pounds. It’s not about the building or technology – it’s about saving money. We need to educate the right people to understand what we do.” Lee adds: “It’s about us as an industry communicating the same messages to the right people.”

Notes Hall: “In the leisure business we come into a project much earlier – it’s a completely different ball park, because we’re right in from the beginning. We don’t have any of these issues.”

Alistair Meachin, director Harmonia Consulting, says: “One of the challenges for educating construction companies is that they don’t benefit by considering us. They deliver a building with screens on the walls, and sockets and boxes in the right places. They may not work, but it looks like they work and it’s got practical completion. So how do we persuade them that they need to put another two weeks in the programme, when that’s going to put all their costs up and make them less competitive?”

Key role in the project?

Ensuring that AV has a key role in a project is challenging, as Lee observes: “If the IT director or CIO is interested and inserts themself into the project team, there’s a nice technical focus. If they’re not interested; then it doesn’t.”

“It varies enormously, depending on the client,” adds Miller. “At the C-suite level it could be the COO or CFO. It depends on how the company is structured below that and how much focus they put on their staff experience. The more forward thinking ones have not just got change management but workplace skills.”

The AV industry is moving at breakneck speed and consultants are struggling to keep up, says Miller. “Behind us are the clients who may still be in the world where AV is just a screen on the wall. We have a disconnect between what the technology can deliver, what the benefits are, and the understanding of the client. We have to bridge that gap.” Bozeat thinks it’s important to find out what the client requires and this not only means the technology they want to use, but what they don’t want to use. “Once you know what they want to do, you can offer the solutions that meet their business requirements,” he adds.

“You also want a crystal ball,” adds Ian Revens, AV design consultant, IMC Productions. “Because most of these large projects are five-year plans they’re not thinking what they want to do five years ahead, technology or AV-wise. You’ve almost got to lead them.”

Lee says: “Often, clients don’t have that technology at the time. They’ve never had some of these facilities and don’t know how to use them. This makes the whole briefing process more challenging.”

But how far should consultants be pushing clients to change? Mason sounds a note of caution. “We need to be careful when we are pushing people to change their culture. We can enable that if there’s an appetite for it. Some technology is evolving and requiring culture change, like bring your own device. It’s fine if you’re a young tech company but might be less appropriate if you’re a City law firm.”

Mason adds that: “In the past, there has been a legacy of AV systems that have been over complicated and over-sold and people have a bad impression that AV is complicated and unreliable.” Halliday says: “We shouldn’t be forcing people down a particular route, but it’s our responsibility to challenge.”

“I agree we should be making people aware of the different options, but part of the consultancy process should be working out what’s appropriate for the client,” says Mason.”We want to be on the leading edge of what’s happening, but it’s not our role to push people in a particular direction they are not comfortable with.”

Raising the status of the AV industry

The panel agreed that the AV industry needs to raise it status and profile. Miller notes the limited accreditation and standards bodies that exist for AV. “IT has been steeped in this, and as far as they are concerned, AV people are home-grown, coming out of the residential market,” he adds. Says Mason: “We are probably the worst industry for creating universal standards. The IT industry has a whole bunch of standards and other industries have their standards. AV is a mix of everyone else’s standards.”

Revens wonders if this is because “AV is not a mass industry. IT is a global mass industry, but AV came from a cottage industry in the seventies. Until AV sees itself as a global entity, you’re not going to get it setting its own standards. And we don’t have a trade body that has government access.” 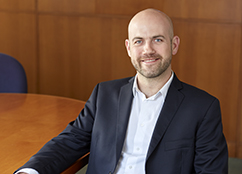 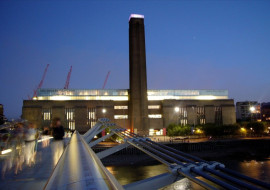