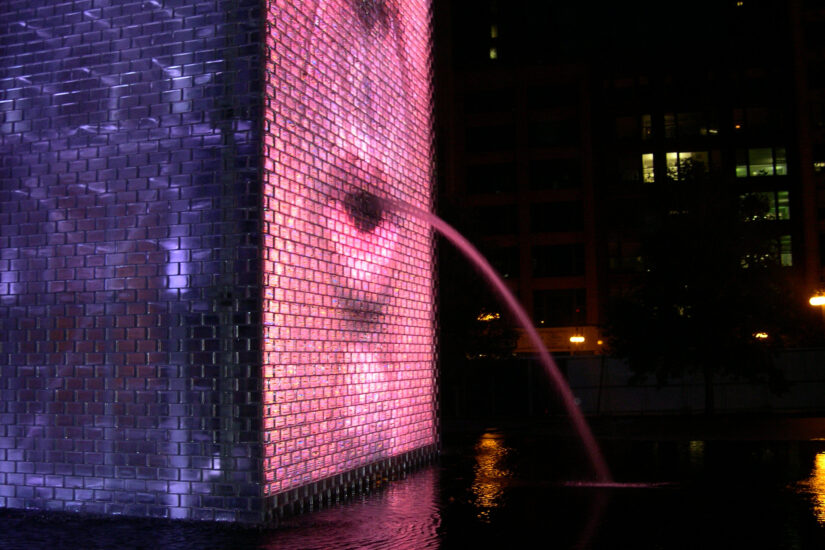 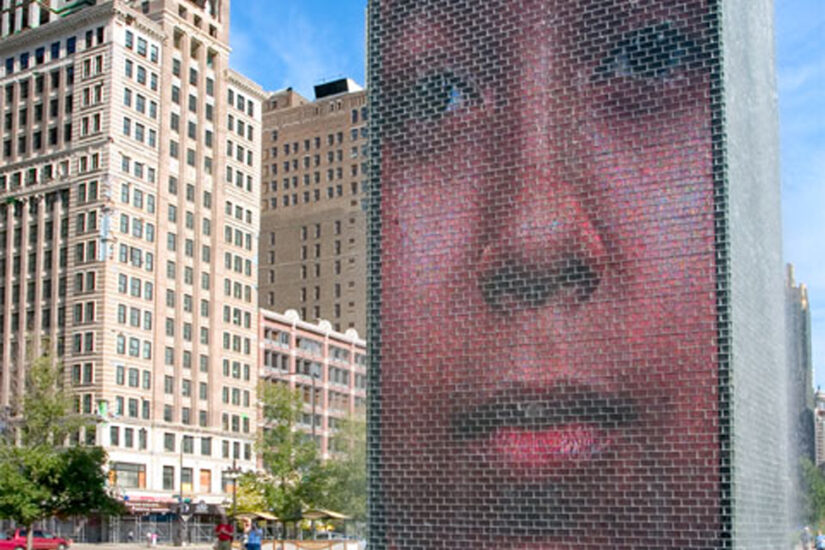 Designed by Spanish sculptor Jaume Plensa, the Crown Fountain features two 50-foot-tall block towers located at either end of a shallow reflecting pool. The blocks feature changing digital images of Chicagoans on 24- by 49-foot LED video walls, with water appearing to spout from their mouths. Until this attention-grabbing fountain mixed video technology and water, no one had ever funneled water through a video wall before.
Working with the design team, Shen Milsom & Wilke designed the two video walls and a control system that synchronizes the images, water flow and lighting color and intensity. The schedule follows a precise script that changes according to time of day, week or month. Each video wall sits behind a custom high-clarity glass block, while the other three sides are less transparent and more reflective, amplifying the lighting display.
The Art Institute of Chicago had filmed the faces of more than a thousand Chicago residents,whose images are displayed so that their mouths align with the interior tubes that funnel the water. At the end of each person’s approximately 12-minute stint on screen, the subject purses his or her lips, and water sprays through the tubes. The image then disappears, water cascades down all sides of the towers and a new face appears. The Shed at Hudson Yards