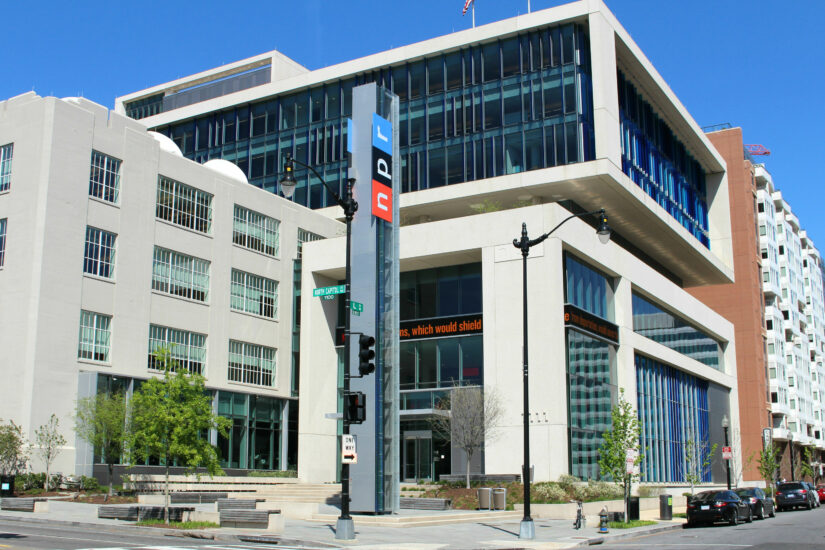 National Public Radio relocated their headquarters from D.C.’s Mount Vernon neighborhood to the emerging North of Massachusetts Avenue (NoMa) neighborhood. This project included the renovation of a historic four-story building and the addition of ten stories of offices.

Shen Milsom & Wilke’s acoustical team contributed to the base-building design for the conference center and offices, while also providing full design services for the recordings spaces in the building. We used 3D modeling software to select the finishes for the studios and editing suites and worked with the design team on acoustical separation and background noise control issues. In particular, Studio 1 is a large, multipurpose theater that hosts banquets, cocktail hours and performances; it will also function as a recording studio. Our work also included the program origination centers, where a team operates a program’s production, and self-operated production studios which will be used for smaller programs.