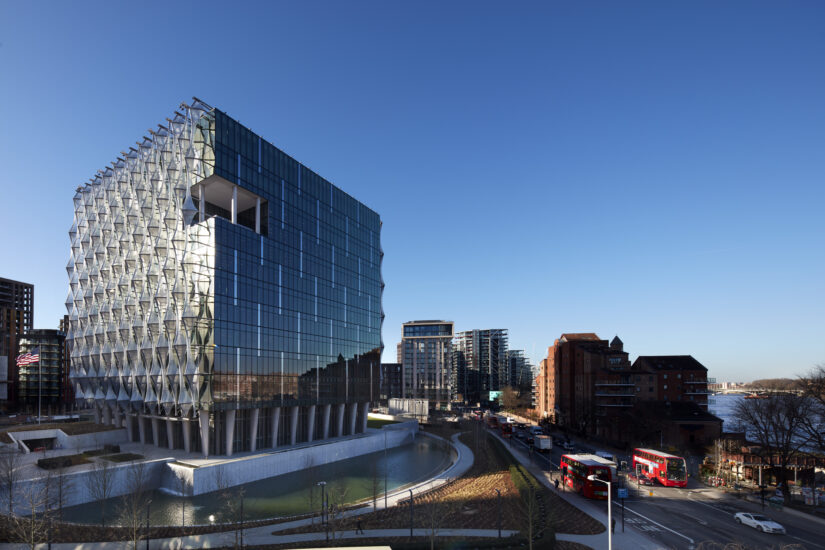 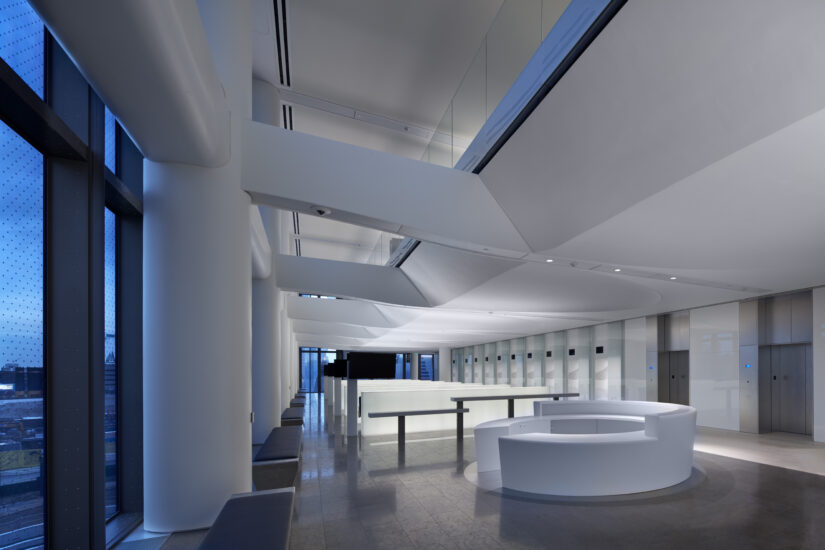 The new U.S. embassy in London is said to be the most expensive embassy built, with an estimated cost of $700 million. The design of the building has received much press since the beginning of the design: the building is shaped like a crystal cube – symbolizing transparency – while balancing formal, urban and environmental priorities in its design. The embassy sits near the Thames River flanked by a protective semi-circular pond on one side and parking and meeting rooms on the other.

SM&W provided acoustical and audiovisual consulting services for this project. The scope included a public service area, which features a waiting area, public address system, digital signage and service windows that allow the public to interact with embassy officials for the process of visas and other consulate affairs. These bullet-proff windows feature custom intercommunication systems designed by SM&W. A hardline wall built between the public space and secure area serves as a protective measure for personnel in the office and administrative spaces. Meticulous infrastructure coordination was required in order to route technology services through this wall, which will service both sides of the building.

SM&W also worked on multi-purpose facilities, a video-recording studio, a press briefing room and a multi-modal executive conference room as well as conference and meeting areas, many of which include videoconferencing capabilities. The property also includes Marine lodging, hospitality services, recreation areas, fitness rooms, dining rooms and other technology-enabled amenities. Embassy of the Republic of South Africa Modernization 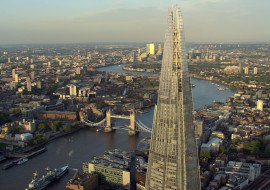 Shangri-La Hotel, At The Shard, London