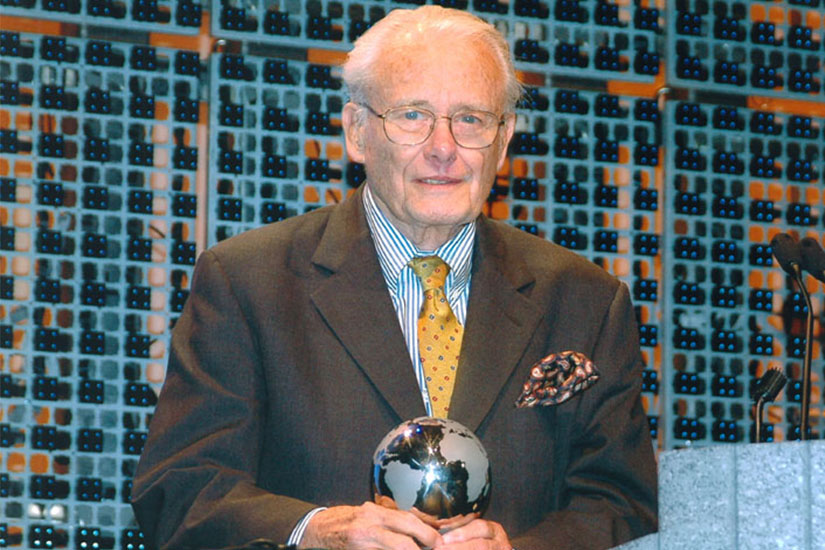 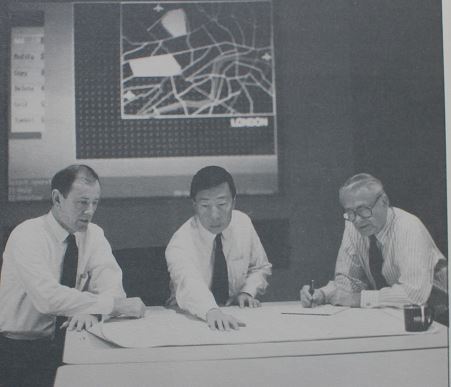 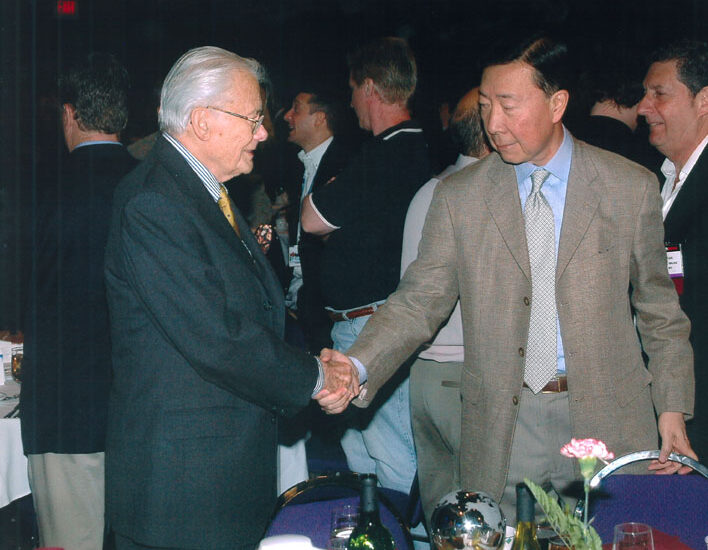 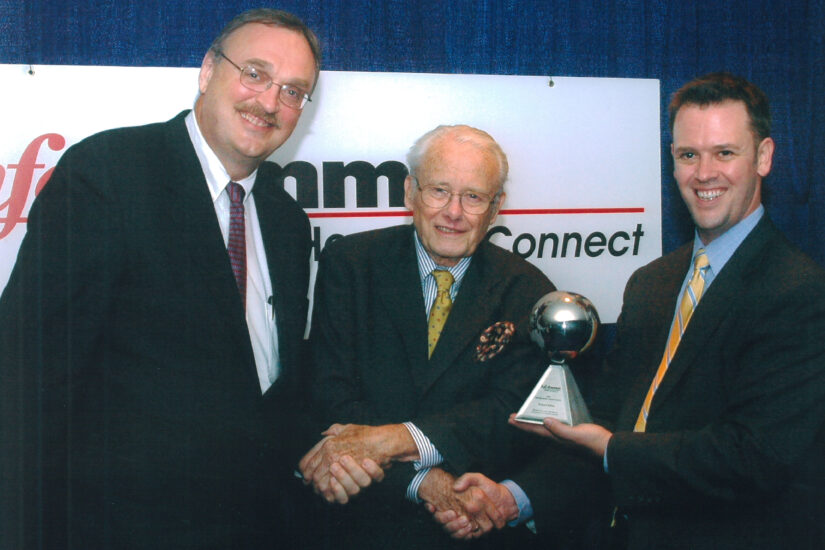 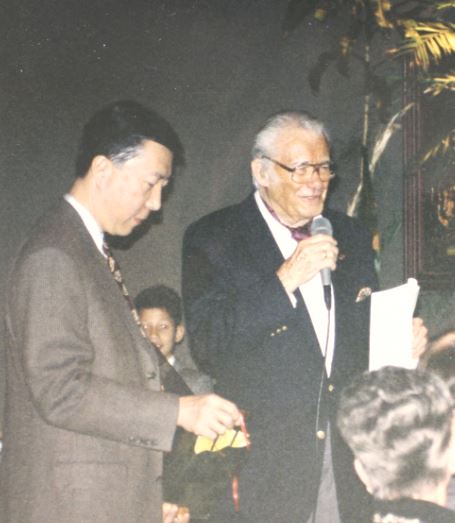 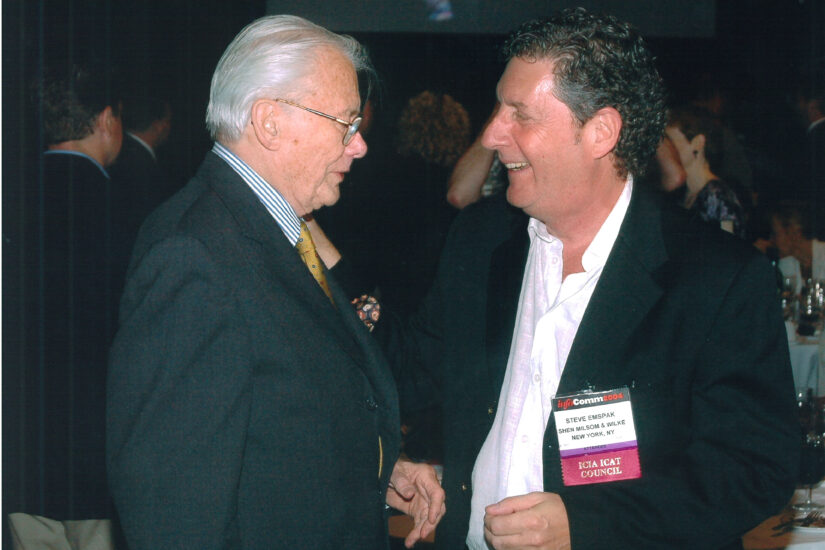 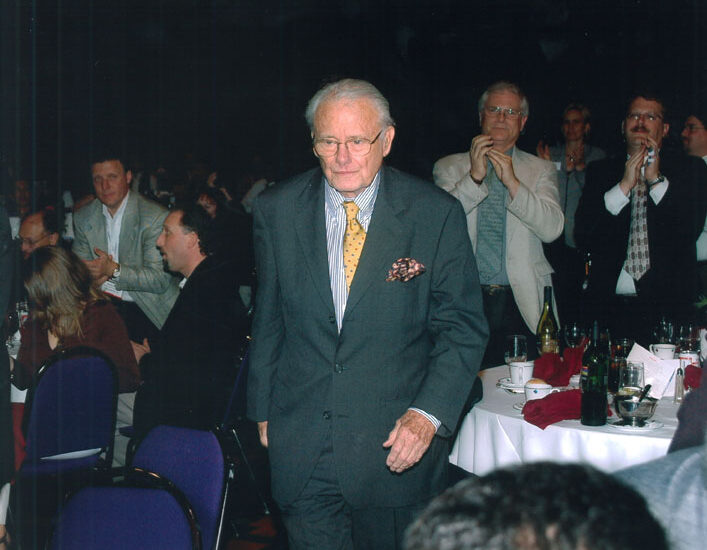 We are sad to announce the recent passing of one of our namesakes, Hubert Wilke. Hubert joined SM&W in 1987, one year after the firm was originally incorporated, and at that time we were known as Shen Milsom & Associates, focusing our services the area of acoustical consulting. Hubert was a pioneer in the audiovisual consulting industry, and his partnership helped transform SM&W into the multi-disciplinary firm we are today, adding audiovisual design services to our acoustics practice. This was the first of many expansions in the history of the firm, and, perhaps, the most significant. His addition to the firm was a natural extension of our acoustics practice, demonstrating the vision of our Founder, Fred Shen, to offer a “one stop shop” for our clients.

Hubert Wilke, or Hubie to those who were close to him, was often referred to as “Mr. AV”. He was one of our industry’s first pure AV design consultants. He innovated AV consultation and helped carve a path for an industry that has grown tremendously over the years. Some of Hubert’s proudest projects include the original Jacob Javits Convention Center, Swiss Bank’s North American Headquarters, AT&T Global Network Operations Center, and multiple facilities for DuPont. His leadership and expertise helped position SM&W to become one of the largest AV consultancies in the world.

As a consultant, Hubert Wilke never turned anyone down for their needs. His approach was more of “if this is what you need, we’ll find a way to make it happen.” As a manager, he excelled at managing the varied and creative personalities to work towards one goal. Reflecting on his time at SM&W, he said: “I was like the conductor of a symphony. [I knew] when to bring [people] in, when to support them, and when to give them a boost. Keeping them interested…Keeping them challenged.” – Hubert Wilke, 2004.

While we are saddened to see the last of our original partners go, we are committed to keeping the vision and legacy of our founders intact. Although the end of an era, SM&W will remember Hubie for his charm, intelligence and sense of humor.

“Hubie was a believer who never gave up.  There have been few, if any, quite like him in history, and I seriously doubt there will be another.  The world has changed, technology has marched ahead at double time, and SM&W continues to lead the way.  We do it somewhat differently than Hubie did, but I still see his legacy in what this firm does.  He was the consummate protagonist for preparatory infrastructure.”

“Prior to meeting Hubie for the first time, I was warned to bring my roller skates by our late founder, Fred Shen. I could only guess what that meant, until Hubie arrived in Chicago for a series of client meetings. As a self-proclaimed fast walker, I am typically in front of a group when walking anywhere. For those two days, I found that I was no longer the fastest person walking the streets of downtown Chicago! Roller skaters were almost required to keep up with Hubie. When I asked if we could take a cab, he simply stated that they would take more time than walking.”

“While we are mourning Hubert’s passing, we should really be celebrating all the wisdom he has left behind. He had the foresight to see how AV fit in together with IT, while most were still trying to figure out how to even spell IT. His project work at many iconic projects fostered engineering solutions that are still common today. He was the first, and left a huge footstep to be filled. I am not sure it may ever be filled.”

“Hubert Wilke valued relationships among all else. At the end of each year, he would personally call each of our clients. Not to talk shop, but to truly spend a moment of time with each and every client. To him, it wasn’t personal to send a card. It was best to pick up the phone. No matter how many hundreds of clients we needed to call, he would always put in the time. To this day, I am still working with clients that have received such calls from Hubert and they still remember, respect and appreciate his tenacity and devotion.”

“Once, his secretary told him the White House was on the line.  Turned out, it really was! Hubie was asked to come to Washington to meet with then-President Lyndon Johnson.  LBJ wanted to make a presentation of his concept for “The Great Society” to a joint session of congress, and he wanted to do it with audiovisual support.  Someone recommended Hubie, so Hubie went to Washington.”

“The first week of our trip was spent in Beirut, from which we flew to Riyadh, the capital of Saudi Arabia.  Hubie wore a dress suit (de rigueur in Saudi), and running shoes, with a jumbo-size paper clip as a tie clip.  His reasoning was “I want people to remember the guy with the funny shoes and tie clip”. And they did!” 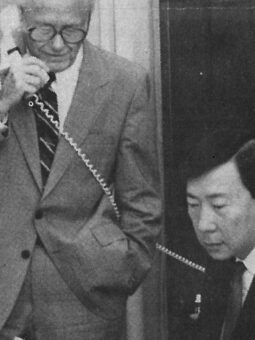 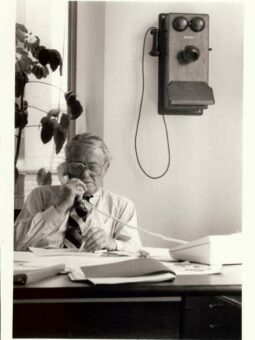 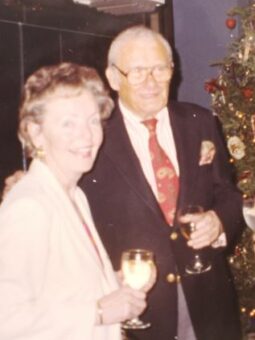