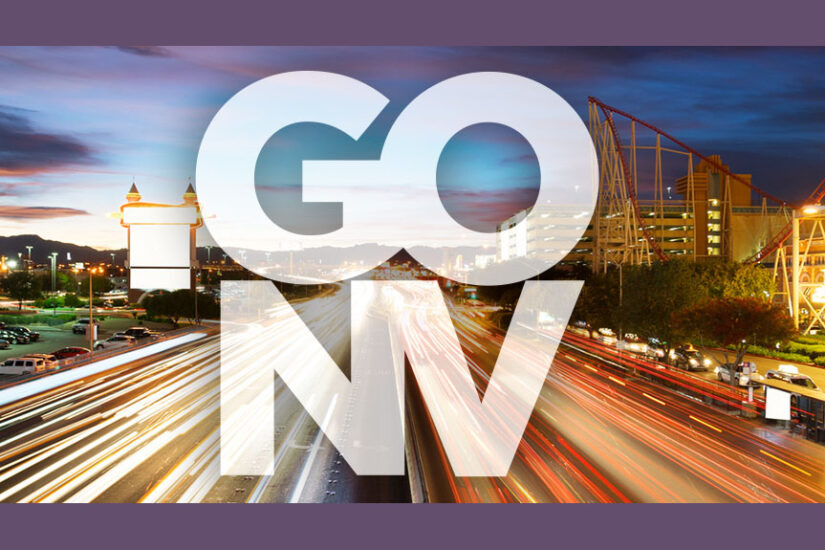 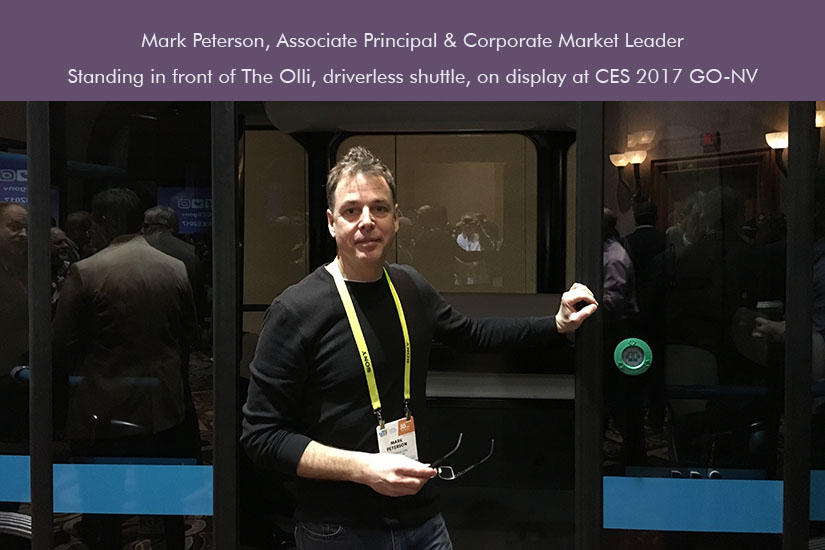 This year is noteworthy because the inflection points for several key technologies are being reached all at once. From smart homes to smart cars, from wearables to voice control, AI is being infused into our personal lives and business. Specifically at the Go-NV summit, it’s time to stop debating smart car’s potential value and start taking action to make them a reality.

Mayor Carolyn Goodman dreamt last night about driverless cars and confessed to an audience divided evenly between community planners and entrepreneurs that Vegas is behind the curve but simultaneously at the cutting edge of ingenuity. After all, this is the first city to be energized totally on 100% renewable energy.

Flying into Las Vegas at midnight yesterday, I was struck by how much the consumer electronics industry is engrained and not living a separate life in this city. There is a healthy competition between Lyft and Uber, and a positive relationship with LV’s transportation services, confirmed by clear signage at the airport directing customers to convenient pickup spots and the CES advertised discount codes that actually work. No doubt driverless cars are at the forefront of city leaders, and the very first press event of the CES 2017 focused on making Nevada’s cities even smarter and serving as a “highway for innovation”. The conversation continually turned to CAV, not referring to Clean Air Vehicles as one may expect to hear at an urban-related summit, but Connected Autonomous Vehicles.

My Lyft driver on the way to event at Mandalay Bay foreshadowed Goodman’s introductory remarks: “it’s disturbing to think about losing control, but change is coming and if government policies cannot keep up with technology then at least they need to apply the smartest people to the challenge”.

Moderator Joesph Kopser further tied CES and Vegas: “This city has long been in the crosshairs of builders and innovation in transportation is a critical component.” Las Vegas hosts an equivalent population of the Superbowl every weekend, according to Nevada Lt. Governor Mark Hutchison, and the city needs to leverage smart technology to improve safety and commerce. After all, Nevada is the first state to grant Google smart car and wants to be seen leading the discussions on transportation technology. It’s Center on Advanced Mobility (CAM) will develop best practices, and companies like Harmon International are behind the scenes influencing more than connected cars and infotainment. While the Nevada CAM/GENIVI alliance focuses on pedestrian safety and traffic throughput, I personally believe the alliance reflects what will become a notable trend for years beyond 2017: time for a little less conversation and more action. Companies and government organizations are ready to start collaborating and finding new ways to improve cities and communities.

It’s been two years since the Mercedes F 015 luxury self-driving car débuted at CES, and the attention has moved on from the concept car to redesigning the fabrication process for CAVs: building locally. Perhaps this shift in manufacturing stems not non-traditional industry leadership. Military commanders like John B. Rogers, Jr., CEO of Local Motors, are coming back into the United States workforce and applying their warfront concepts to solving domestic problems. “The sound of revolution is quiet,” according to Rogers, “We are in the storm before the storm.”

Visualize the eventual demise of the automobile assembly line, the show room floor and its inflated inventory, and now recognize that Local Motors is actually doing that today, by building cars using 3D printing technology. In the very near future you will be able to melt down your old car and use the parts to reconstruct into your next vehicle of choice. At the core of Local Motor’s strategy is concept of co-creation. Jeremy Brown at Sense put it this way: “When you need to transform a brand or product you can’t just do the same things better”. (Stern, S. Harvard Business Review)

We know that innovation emerges out of need, and people living in cities that are a nightmare to get around in are finding ways to solve that problem. Co-creation gives rise to a wave of collaboration between customers, suppliers and regulators. Local’s Rally Fighter was the first “open sourced” or co- created car and the company is now partnering with GM on the next version. This collaboration strategy serves as an example to many organizations and entire industries dependent on integrating technology into a manufacturing processes. 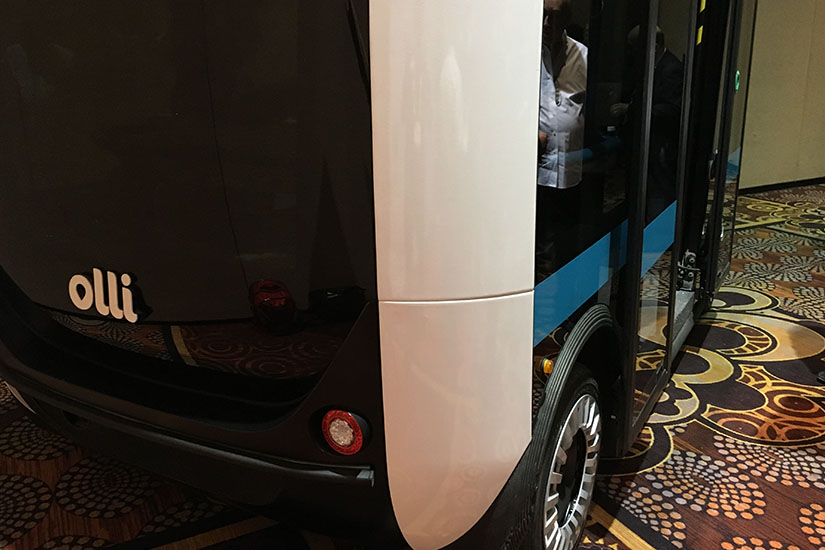 Local’s Olli, the 3D printed car, is driving around the streets of Las Vegas today, illustrating the next step in micro-manufacturing, which certain to gain traction in the coming years. John Rogers’ grandfather started the Indian Motor Company, and according to Rogers it was a colossal manufacturing failure but amazing brand. Rogers, a veteran of Iraq war, is making his own mark by moving manufacturing to on-site facilities, not in large assembly plants, building locally is helping to keep pace with innovation in electronics.

“In Ford’s time, there was no Internet or FedEx,” says Rogers. “The cost curve for assembly manufacturing is no longer appropriate”. The goal is to put less capital in and still get cars immediately out on the road. Roger’s predicts that with the adoption rate of CAVs, kids younger than 12 years old will never need a driver’s license. Rogers and Local are taking a new approach to the 2 trillion automobile industry. “More is not the answer,” say Rogers, “we should strive for less” and when cars are micro-manufactured the process forces less complexity. Local’s next vehicles will be 90 percent 3D printed, and assembled with upgradable hardware.

Meanwhile, you may be surprised to learn that the Federal Government is embracing autonomous vehicles and looking for ways to get out of the way. Dr. Mark Rosekind of the National Highway traffic safety administration (NHSTA) which released its policy on CAVs just four months ago, says 3592 lives were lost in the US, up over 10%. NHSTA wants to accelerate driverless cars to truly change road safety. According to Rosekind, 94% crashes last year were due to personal choice like texting, and he is betting that this technology revolution will transform road safety forever.

Regulating motor vehicles has typically been reactive, engaging in policy making that stalls innovation. “Any rule we make will be out of date when the [CAV] technology matures and is adopted” says Rosenkind. The NHSTA is therefore radically rethinking its regulation strategy with a new “tool book” approach of proactive policy at the front end, during design phase. This approach should have other industries similarly dependent on technology innovation and government policy taking notice. Rosekind wants to make sure the new CAV technology will be deployed safely and with less obstacles, and to do this as quickly as possible to reduce crashes and save as many lives as possible. In essence, it’s guidance does not specify how, instead NHSTA asks developers to share their own process so that NHSTA can put in place a best in breed framework that answers the call from manufacturers and concerned organizations alike.

The challenge is that there is a division between federal guidelines on safety and design and each state implementing its own road laws and registration. “We need a consistent national framework, developers to build to a single set of standards, not fifty”, says Rosekind.

Kirk Steudle of Michigan DOT agrees that current tools are not sufficient to keep pace of innovation, and advocates for the trifecta of smart infrastructure, vehicles and technology. According to Stedule, when becoming smarter means being more interconnected and transparent is when society wins. Meanwhile, Carlos Braceros, head of Utah DOT says it’s easy to get lost with technology. The goals are achieving zero fatalities, optimizing mobility (connect goods and people), and preserving infrastructure to achieve lowest cost of ownership. While partnerships are growing between companies like Traffic Technology Services, Lyft and local communities; collaborating on traffic signals and road condition data, Braceros sums it up well: ‘it’s still a delicate balance. [Agencies] want to do something while avoiding mistakes that could set innovation back on its heels”.

The Go-NV summit covered emerging technology, advancements in mobility, and the agencies that are leading the charge. The conclusion is that inflection point has arrived for driverless vehicles. Now that all of the pieces coming together, the time has come to take action and start building safer, smarter and connected communities. 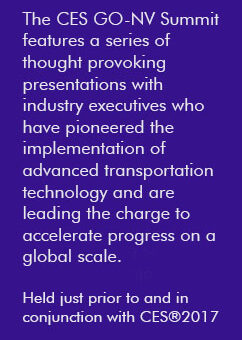