Predictions for a Changing Transportation Market If you look at a map of America from the early 20th Century, you will see an intricate network of passenger and freight railroads. You could travel virtually anywhere by train. Zoom in closer, and in most major cities and towns you will see streetcars, elevated railroads, ferries and early subways. Anybody with a nickel could ride the subway in New York, and the future looked bright. Fast forwarding to the present day, everything has changed, but has it changed for the better? Despite drastic declines in public transportation ridership due to COVID-19 and pauses in capital programs, the transportation sector is poised to expand massively.

Pre-pandemic, for example, transit systems in major metro areas were finally getting the upgrades, repairs or replacement they so desperately deserved. This in part was due to designs to limit automobile use in cities, and ease the unsustainable gridlock of commuters on the roads. City governments across the United States have been laying out action plans to repair or replace aging transit infrastructure. Outside of the United States, work is proceeding on subway and light rail projects all over the globe. Even Riyadh, a city designed around the private automobile, is close to completing one of the largest multi-modal public transit systems in the world. All that said, the role of urban planning has become vital again.

The United States is entering a period of “transit-friendly” government actions at both the state and federal levels. With $14-billion in federal funding recently authorized for transportation alone, I predict this is just the beginning of a surge of funding for new and improved transit. At a time when the traditional energy sector investment is withering and the airlines are struggling to survive, public transportation will provide an attractive target for Environmental, Social and Governance (ESG) investment. It is worth remembering that the Pennsylvania Railroad was once the world’s largest corporation, paying out dividends to shareholders for over 100 years.

Without a doubt, the nature of transportation systems is changing. While it is likely there will be a widespread return to the typical office setting once the pandemic has ended, the offices may not necessarily return to a downtown location or even within a metro area. As employers look to increase flexibility and reduce overhead, the adaptive reuse of empty suburban shopping malls and light industrial properties are predicted to grow. This will require changes in the design and service levels of transit operations. The traditional one seat ride from the suburban commuter to downtown will morph into a multi-modal commute that may involve light rail, buses and autonomous vehicles; requiring a high level of coordination between transit, traffic management, work schedules, and customizer information systems. At the same time, new high speed ground transportation systems are in advanced testing stages. The Hyperloop, conceptualized by Elon Musk and developed by companies such as Virgin Hyperloop One and Hyperloop TT, uses a combination of magnetic levitation (MagLev) and vacuum pumps to achieve speeds of 745 MPH (1,200 KM/H). While these systems are in their infancy, they are already attracting attention and being planned throughout major global cities.

Taking in the state of the transportation market and the many changes it is facing, it is important to note the effects these changes might have on the low voltage systems that make these environments not only function but thrive. For instance, all transportation systems require stations or terminals, which often become gathering spaces for travelers. The roll of systems like public address, customer information and mass notification systems here are critical. Digital signage also plays a crucial part  in wayfinding and crowd management. Additionally, these areas need surveillance and security systems, wired and wireless networks, distributed antenna systems, digital radio systems, and other communication and monitoring systems that are vital to operations all integrated into management platforms. Commuters now expect to receive instant travel service information as well as the ability to stream their chosen content directly to their smartphones and other personal devices, demanding a reliable wireless network. These same networks will also be critical to the operation of coordinated inter-modal transit systems in both suburban and rural areas, utilizing Automated Vehicle Location Systems (AVLS) integrated with autonomous vehicle and traffic control systems. On top of it all, the environment will need sustainable options powered by 100% renewable energy sources.

The transportation market is undoubtedly poised for an exciting and revitalized future. We are on the cusp of new technologies, new modes of transit, and improved systems and infrastructure on our tried and true methods of transportation. While the pandemic has brought hard times upon the industry, there is a light at the end of the tunnel, and it is an oncoming train traveling at hundreds of miles per hour! Get ready! 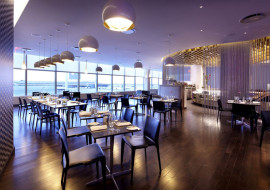 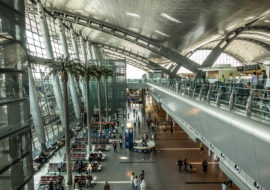 What's Next in AV? 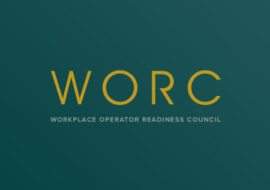